Legionella is a bacterium, most commonly found as a waterborne pathogen. The bacteria cause both Pontiac fever and legionnaires disease, a severe form of pneumonia. To date, there are no vaccines available to prevent infection. The most common source of legionella infection originate from bacteria growth in plumbing systems. Specifically, tanked hot water heaters, and water supply pipes that deliver hot water to showerheads, faucets, hot tubs, and cooling towers. Longer length hot water piping and complex plumbing configurations all contribute to bacteria growth. The U.S. Center for Disease Control (CDC) confirmed more than 63,000 cases of legionnaires disease over a 17-year horizon. During the reporting period, every Jurisdiction in the United States reported legionellosis. The Legionella Assessment and Management Plan Support (LAMPS) provides free information on recent and current reported outbreaks of legionnaires disease. The more alarming trend is the explosive rise in the rate of incidence. Since 2000, the United States has experienced a 550 percent increase in the number of annual reported illnesses. In 2018 alone, health departments reported nearly 10,000 cases in the U.S.

Background and History of Legionellosis 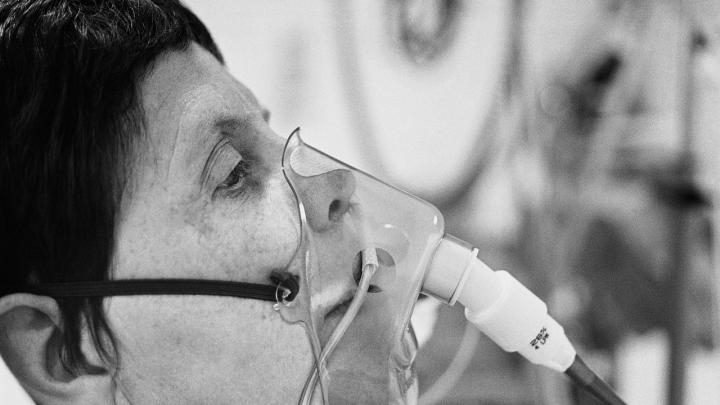 Legionella was first discovered in 1976 by the CDC after an outbreak in Philadelphia occurred at an American Legion convention. In response to the scale and swiftness of initial cases, the Centers for Disease Control deployed, what was up to that date, the largest investigation in the agency’s history. After six months of examination, the CDC discovered the cause of the mysterious and severe lung infection was a previously unknown bacteria, later named legionella. The infection in Philadelphia ultimately killed 35 people and infected more than 200 others. Later, researchers determined inhaled legionella bacteria causes both legionnaires disease and Pontiac fever. Legionnaire’s disease is contracted and spread through inhalation of water droplets contaminated with legionella bacteria. According to the CDC, individuals who inhale aerosolized legionella bacteria may develop two distinct illnesses, legionnaires disease and Pontiac fever. Taken together, these diseases are known as legionellosis. Pontiac fever is a less acute illness consisting primarily of a fever and muscle aches which develop within hours up to three days after exposure. Legionnaire’s disease on the other hand is a severe form of pneumonia affecting the lungs. In addition to the symptoms of Pontiac fever, Legionnaires presents headaches, nausea, confusion, cough, and shortness of breath that can lead to hospitalization and even death. If diagnosed early, Legionnaire’s disease can be treated with antibiotics, and generally, healthy individuals exposed to the bacteria will not present symptoms or become ill. However, at-risk populations are much more susceptible to developing severe health effects. Because Legionnaires disease is a lung infection, current or former smokers, and individuals with chronic lung disease such as COPD or emphysema are particularly vulnerable. Additionally, individuals over 50 years old, or have underlying health conditions such as diabetes, kidney failure, or liver failure, and especially persons with a compromised immune system, such as cancer patients, are at increased risk. Based on historical research 1 in 10 people will die from infection.

How to Prevent Legionella Bacteria in Your Drinking Water

Legionella bacteria lives and grows in a water temperature range between 68- and 122-degrees Fahrenheit. Ideal growth is achieved in hot water between 95 and 115 degrees. Therefore, legionella presents problems particularly in hot water supply piping. From a health perspective alone, the best infection prevention is to increase, and maintain a higher water temperature throughout the hot water plumbing system. The idea is to keep cold water cold and hot water hot so that both sides of the plumbing system lie outside the bacterium’s growth range. Achieving this health outcome poses challenges both for safety and energy efficiency which are discussed below. Conflicting messaging from various organizations and federal agencies have resulted in property owners reducing their water heater thermostats to save energy or prevent scalding. The unintended consequence has been the explosive rise in the number of cases of Legionnaires disease in the United States and the scary upward trend we find ourselves in. The U.S. Occupational Safety & Health Administration (OSHA) recommends setting water heater thermostats to 140 degrees Fahrenheit. The OSHA recommendation is based specifically on disease prevention, particularly for workers and occupants of buildings. Legionella Bacteria cannot grow and are killed and disinfected from the plumbing system at 140 degrees. However, both the U.S. Consumer Product Safety Commission (CPSC) and Environmental Protection Agency (EPA) recommend water heater temperatures not exceed 120 degrees. The CPSC recommendation is based on minimizing scalding incidence particularly in children and the elderly, not the prevention of legionella bacteria. Obviously as water temperatures increase to prevent bacterium growth, the scald hazard increases with burns occurring much quicker.  However today, plumbing technology exists to prevent scalding even while operating at higher water temperatures. Installation of point-of-use temperature mixing valves, and American Society of Sanitary Engineers (ASSE) rated anti-scald shower valves and faucets have been used successfully in both residential and commercial applications for decades. Both the Uniform Plumbing Code (UPC) and International Plumbing Code (IPC) require the use of such anti-scald technologies. Commercial buildings and multi-family buildings are required to operate at higher water temperatures and these plumbing devices continue to prevent scalding.

Like the CPSC recommendation the EPA recommendation is not based on disease prevention, but aimed at reducing energy loss and improving energy efficiency. The EPA assessment correctly finds higher water temperatures result in lower energy efficiency because of heat loss, and therefore, energy loss through pipes. Higher water temperatures result in heat loss at a faster rate and in larger quantities. That is to say, all things being equal, higher temperatures are wasteful. However, with the implementation of some basic plumbing technologies in conjunction with higher water temperatures, energy efficiency can be maintained while achieving disease prevention temperatures. The first, easiest and cheapest strategy is to insulate hot water pipes to minimize heat loss. Tables contained inside the International Energy Conservation Code (IECC) provide the minimum R-vale and diameter of hot water pipe insulation. A second, strategy, albeit only useful on new construction, is to design an efficient plumbing system that minimizes the length and diameter of hot water pipes. Reducing the surface area of pipe provides a proportional reduction in heat loss. Finally, in combination with the other two strategies, the implementation of a hot water recirculation system helps to recover and recycle some hot water back into the hot water heater. Use of an aqua-stat or smart valve that senses a drop in temperature can draw the tempered water back into the hot water heater and replenish fresh hot water into the plumbing system. With some correct use and combination of plumbing technology a hot water system can be achieved that meets all three requirements of health and safety, prevention of scalding, and maximizing energy efficiency.

Received a water test indicating legionella bacteria in your home’s drinking water? Concerned your home may have legionella bacteria in your plumbing? Building a new home or remodeling and want a safe, comfortable, and high-performance water supply system? Consider hiring a full-service master plumbing craftsman with the specialized knowledge to design, specify, and install your water supply piping. Careful selection of a master licensed contractor can protect your family’s health and save thousands of dollars in future rework.

At Home Performance Group, we continue to invest in advanced plumbing training so we can correctly design, specify, recommend, replace and install water supply systems. We have performed numerous projects for our clients.